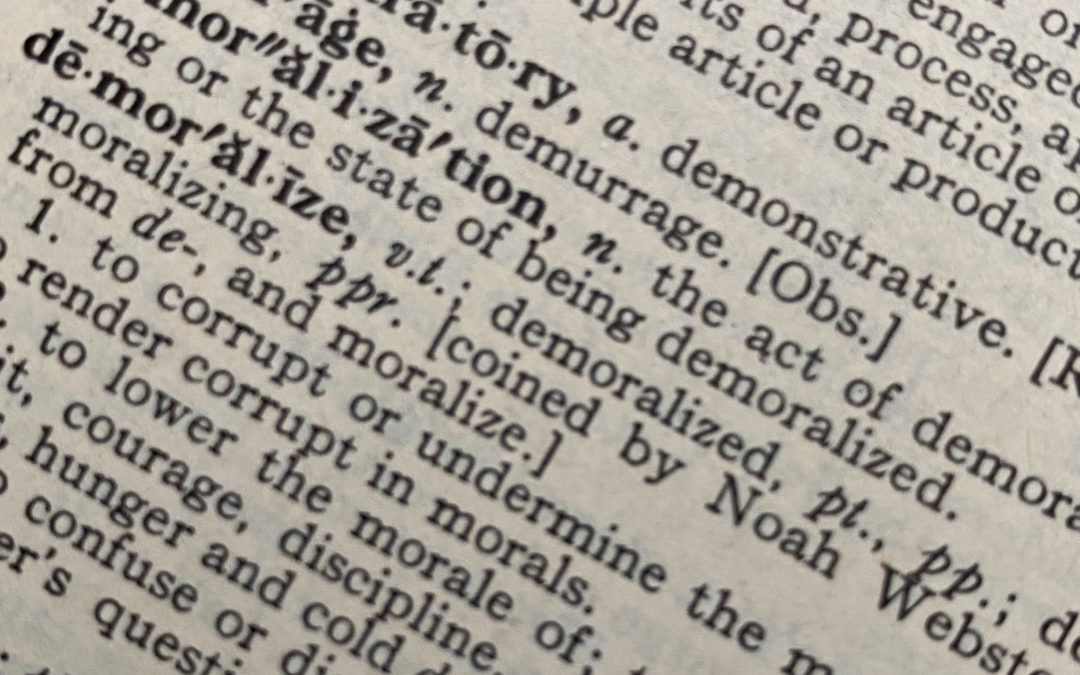 Last weekend, I visited Dearborn, MI — specifically, the Henry Ford [museum] and Greenfield Village. Lots of interesting old cars and so on in the museum, as you’d expect. (My favorites: the Bugatti and the X-Prize winner.) Greenfield Village was good, too. The highlight for me was Noah Webster’s house, and a few tidbits I learned there. Noah Webster only coined one word: demoralize.

In 1828, Webster’s first dictionary was published. According to the display in his relocated-to-Dearborn house, he worked on it for 25 years, and it is the last dictionary compiled by one person. He personally gathered definitions for 70,000 words.

And in gathering 70,000 words, it seemed to Noah that there was an important concept that there just wasn’t a word for, so he made one. I guess if you worked on a project for 25 years, from time to time you just might feel a little unmotivated, too. But frankly, I’m surprised that America made it to 1828 without the word demoralize.

I love that people can invent words as needed, and I am always slightly in awe of the people whose neologisms actually stick. Lewis Carroll and Shakespeare, of course, and Noah. And someone told me a few years ago that Gorillaz gets credit for “castrophony” (cacophony + catastrophe) which is cool, if true. It is a good word. It’s harder to do these days, I imagine. If English doesn’t have a word for it, we can probably borrow it from somewhere else.

There’s something bitterly poetic about Noah’s one word being “demoralize.” A lot of user reviews online and comments on blogs seem to evidence that we are going back to pre-Webster days, when spelling was a free-for-all. Poor Noah.