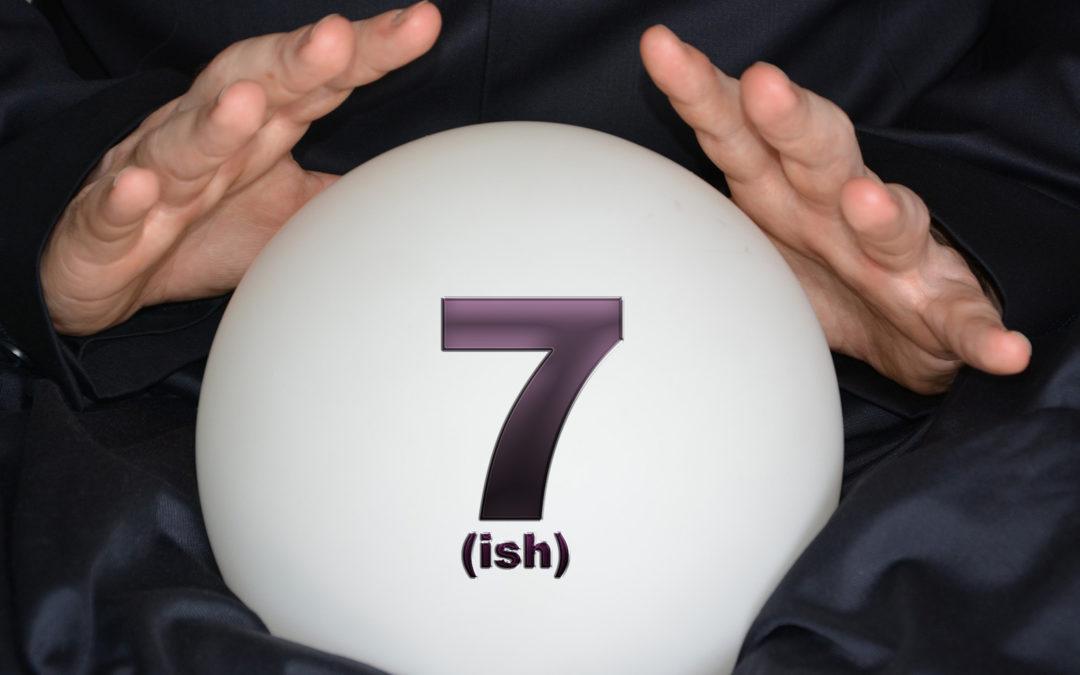 The most-repeated advice to communications professionals in the digital era is “shorter is better.” I preached it, too, especially when I was doing a lot of web work. It is often great advice, but I’ve come to think we’ve been emphasizing the wrong thing.

I suspect we’ve been beating the drum for “shorter is better” because it’s easier than explaining how to make something clear. Not everyone wants to edit or spend time parsing sentences, but anyone who can count to ten can see if something breaks the “7 plus or minus 2 Rule” – aka Miller’s Law.

The “Rule” comes from research done by cognitive psychologist George Miller in 1956. His paper, “The Magical Number Seven, Plus or Minus Two: Some Limits on Our Capacity for Processing Information,” has had quite a following for almost 60 years now. Clearly, the research was done and the paper was written long before anyone was concerned about writing for the web or using PowerPoint effectively.

I’ll summarize: Miller found that when asked to remember a series of unrelated things, most of his subjects had a sharp drop-off in recall after item six or seven. Part of his explanation was that our short-term memory has a limited number of “slots” for chunks of information.

Pundits have applied Miller’s Law to just about everything that requires human perception – especially in the field of communications. Now we have Magical Number best practices for bullet points on a slide; slides in a presentation; paragraphs in a memo; lines in a paragraph; words in a headline; letters in a word… everything. Unfortunately, sometimes by the time something is “short enough,” there’s no meaningful content left!

Miller himself has tried to put the genie back in the bottle. He once told a story of someone using his work as the basis for local laws restricting the number of items on a billboard. He was bemused, and summed it up, “But the point was that seven was a limit for the discrimination of unidimensional stimuli (pitches, loudness, brightness, etc.) and also a limit for immediate recall, neither of which has anything to do with a person’s capacity to comprehend printed text.”

Keeping things brief puts focus on getting to the point, and on considering the needs of the reader or audience, which is good. But I think it’s a disservice to truly effective communication when we artificially insist on brevity in everything. The goal should be ease of comprehension – using as many of the right words as needed. It just means falling back on a mix of syntactical rules and common sense, rather than one misused formula. “Short” may be better for recall, but “simple” is better for comprehension – and there’s usually not much point in remembering communication you didn’t understand anyway.